Home| Get Inspired |History in a Bottle: About Hermann’s AVA Designation 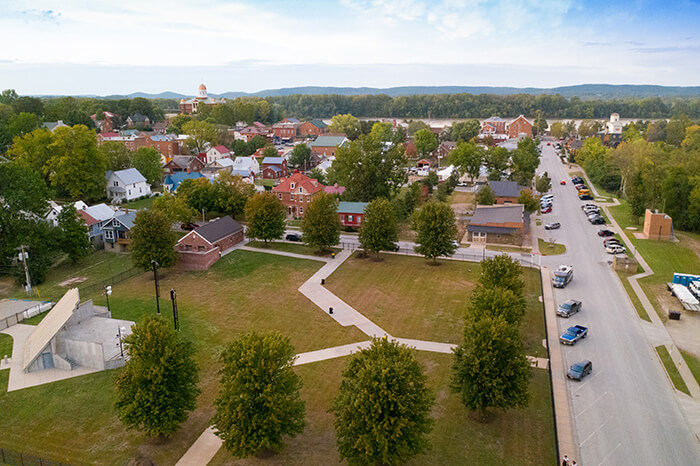 History in a Bottle: About Hermann’s AVA Designation

Every single bottle of wine tells a unique story. In Hermann, the story begins nearly two centuries ago, when German immigrants began settling along the Missouri River. Largely through trial and error, they learned to cultivate grapes on craggy hillsides and in rugged wilderness, and in hot, humid conditions. By the end of the 19th century, Hermann was among the largest wine-producing regions in the world.

Did you know that Hermann is an American Viticultural Area (AVA)?

Regulated by the Alcohol and Tobacco Tax and Trade Bureau (TTB), an AVA is defined as “a delimited grape-growing region with specific geographic or climatic features that distinguish it from the surrounding regions and affect how grapes are grown.”

Becoming an AVA is typically a years-long process, and to use the AVA designation on bottle labels, the federal government says at least 85% of the grapes used to make your wine must come from within the AVA boundary. Further, the wine must be fully finished in the state in which the viticultural area is located, the TTB notes.

Hermann’s AVA is in Gasconade County, and it’s contained in the Ozark Mountain AVA. Hermann’s wineries sell nearly 200,000 gallons of wine each year, which is about one-third of the state’s total.

In 2018, the second session of the 115th Congress recognized the contribution of AVAs to the economy, noting that in 2017, the wine industry in the United States generated more than $219,000,000,000 for the economy, employs more than 1,000,000 people and supports nearly 300,000 jobs in industries that supply goods and services to winegrowers and wineries.

The AVA designation, according to the resolution:

Hermann’s wine history, both pre- and post-AVA designation, is long and full of twists and turns. The city’s success was halted by Prohibition in 1919, which thrust the city into the Great Depression much before the rest of the country. Stone Hill Winery led the way in re-establishing the industry, and today, Missouri has about 130 wineries and a state-funded Grape and Wine program at the University of Missouri.

Historic Hermann Museum– Located in the 1871 German School Building, this museum features a look back at Hermann’s history.

Deutschheim State Historic Site– Here, visitors can immerse themselves in the daily life and traditions of German immigrants from the mid-19th century.

Stone Hill Winery– In addition to its winery tours, Stone Hill now has a museum room where visitors can see winery artifacts and informative history panels.