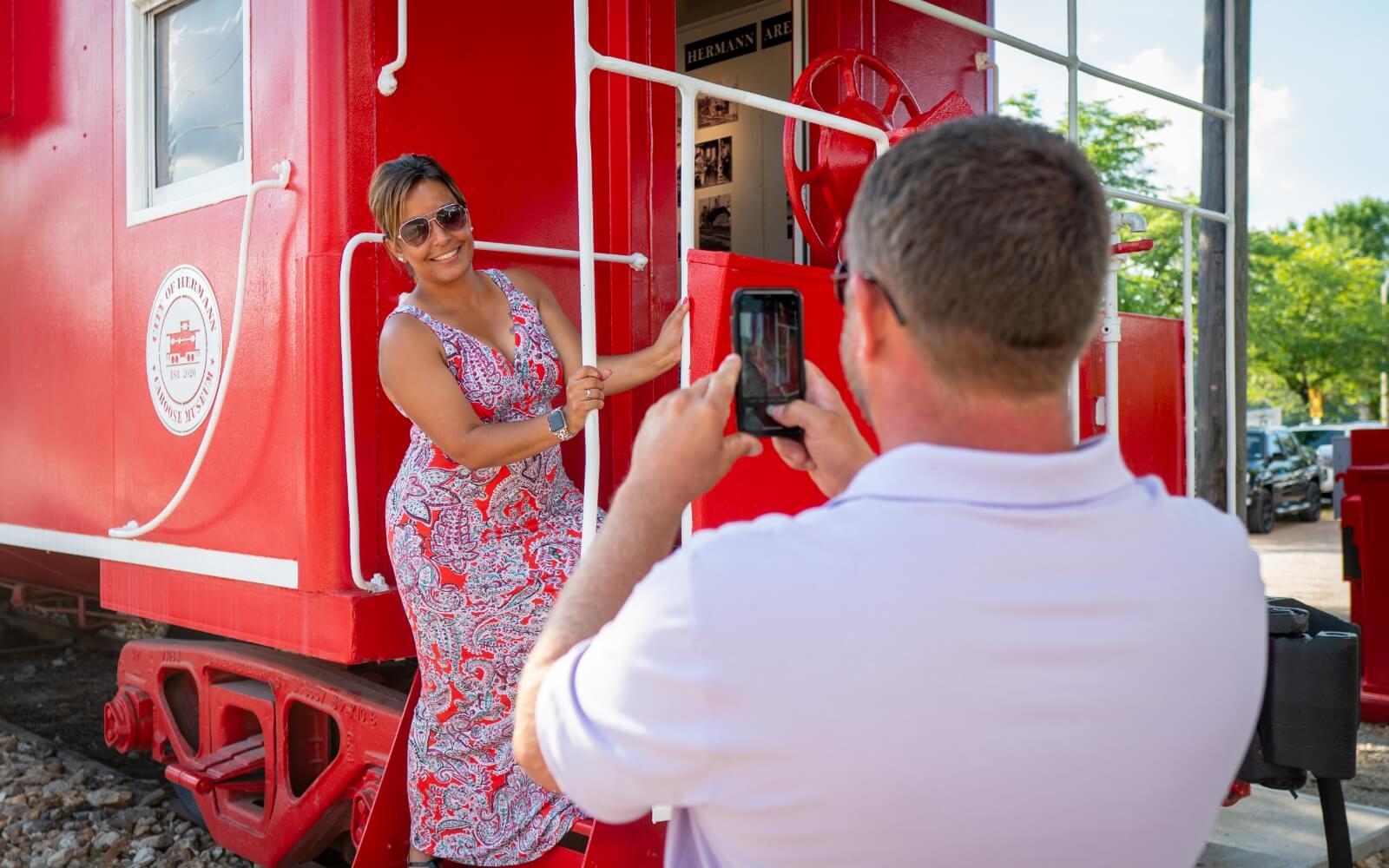 Dismayed at how quickly their countrymen were being assimilated into American society, the Philadelphia Germans dreamed of a new city. They wanted to build a new city in the “Far West” that could and would be “German in every particular.”

In 1837 school teacher George Bayer, traveled to Missouri. Appointed to serve as the society’s agent, he purchased 11,000 acres of the steepest, most rugged terrain to be found anywhere on the Missouri River. It was a beautiful, if highly impractical, site for a town.

Meanwhile, back in Philadelphia, city planners were mapping out a brand new city. Their total unfamiliarity with the settlement’s landscape left them undeterred by the actual terrain. On paper, Hermann was flat, with spacious market squares and sweeping boulevards. However, the land they found upon arrival was anything but flat. Thinking big, they made their city’s main street 10 feet wider than Philadelphia’s.

When the first 17 settlers stepped off the last steamboat of the season, they saw what one writer described as “a howling wilderness.” In that moment, their starry-eyed idealism died on the spot. Some were furious to discover that the Hermann lots they had purchased back in Philadelphia were what today’s residents jokingly refer to as “vertical acreage.” But, somehow, they persevered. The fact that the town survived at all is a testament to German determination and hard work.

Making the best of a bad situation, the Germans took their cue from Mother Nature. They planted vineyards on the rocky hillsides, where wild grapevines grew with tangled abandon. A decade later, steamboats brought St. Louis visitors to Hermann’s first Weinfest, where they enjoyed more than their share of sweet Catawba wine and marveled at the grapevine-covered hills.

By the turn of the century, Hermann’s winemakers had become wildly successful. Stone Hill Winery had grown to be the second-largest winery in the country and was winning gold medals at World’s Fair competitions around the globe. The town’s numerous vintners produced an incredible three million gallons of wine a year.

In its glory days, Hermann served as a rollicking river port with a tavern on every corner and the largest general store between St. Louis and Kansas City.

The party ended with the one-two knockout punch of anti-German sentiment provoked by World War I and the Volstead Act of 1919. Prohibition sent Hermann reeling into the Great Depression a full decade before the rest of the country. The only silver lining was that economic ruin put the town into a time warp.

Today, Hermann’s Old-World charm attracts visitors in search of the quiet pleasures of an earlier era. Much of downtown is a historic district where brick homes from the 1800s hug the sidewalk in the traditional German style. More than 150 buildings appear on the National Register of Historic Places.

Idle for nearly 50 years after Prohibition, Hermann’s wineries once again serve as the main tourist attraction. The seven wineries in and around Hermann account for more than a third of the state’s total production.