Stay in touch with us. Enter your email address on this page and we'll notify you when new blogs are created. 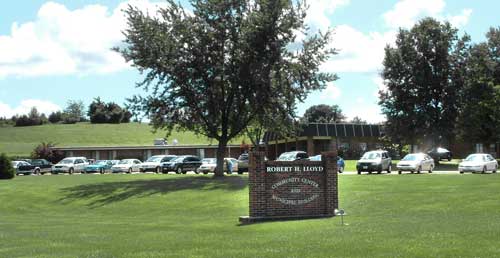 The Hermann City Office is at 1902 Jefferson Street.

Hermann Is a fourth class city with a Mayor/Aldermen/Administrator form of government. A city administrator is responsible for day-to-day operations.

Mayor: The mayor holds the city’s highest elected office. The position is part-time, with a two-year term. Elections are held in even-numbered years. The mayor presides over all official meetings of the Board of Aldermen.

Aldermen: There are four elected aldermen, two from each of the city’s two wards. One alderman from each ward is elected each year. The Board of Aldermen enacts city policy by majority vote by motion, resolution or ordinance.

City Collector: The city collector is elected to a two-year term in even-numbered years. The collector is responsible for collecting taxes, utility service fees, deposits, and permit fees.

Chief of Police: The chief of police is responsible for enforcement of city ordinances and state and federal laws within the corporate limits of the city. The chief is appointed by the city administrator, with the approval of the mayor and Board of Aldermen. Police headquarters is at the rear of City Hall at 1902 Jefferson. The phone number is 573-486-2211.

Municipal Judge: The municipal judge is appointed by the mayor, with the consent of the Board of Aldermen. Responsibilities include hearing all violations of city ordinance.

City Treasurer: The city treasurer, who is appointed by the mayor with the consent of the Board of Aldermen, is responsible for keeping a full and true account of all city funds.

Voter registration is handled at the County Clerk’s Office in the Gasconade County Courthouse on First Street or at the Hermann License Bureau, 312 Market Street.

City elections are held annually on the first Tuesday in April. Issues may be placed on the ballot during specified elections at other times of the year. The Ward 1 polling place is Baptist Church at 1409 Market Street. The Ward 2 polling place is the Gasconade County R-1 School District administration building, 170 Blue Pride Drive.

Several excellent parks which are under the management and control of the Hermann Park Board, whose members represent various city organizations and are appointed by the Mayor with the approval of the Board of Aldermen.

For overnight camping reservations call the city office, 573-486-5400. Reservations are not required, although to ensure a spot during busy times, such as weekends in October, Maifest, and other major festival weekends, reservations should be made. The campground does fill up several weekends during the year.

Facilities at Riverfront Park include a boat ramp, parking area and picnic areas.

Arts Council: The Arts Council functions as a special advisory body to the city. Its role is to encourage cultural awareness and the arts and to sponsor performing arts programs. The Arts Council has nine members, appointed by the mayor with approval of the Board of Aldermen. Meetings are called by council officers.

Airport Commission: This nine-member commission, appointed by the Mayor with approval of the Board of Aldermen, is charged with general operation of Hermann Municipal Airport, which is located northwest of Hermann off Highway 94.

Board of Adjustment: This five-member commission rules on appeals arising from decisions of the zoning inspector.

Industrial Development Authority (IDA): The seven-member IDA, which is independent from city government, was created to plan for and promote economic development in Hermann and to review and recommend to the Board of Aldermen economic develop-ment projects for which Industrial Development revenue funds would be appropriate. Members are appointed by the mayor with approval of the Board of Aldermen.

Landmarks Commision: This five-member commission oversees zoning regulations pertaining to buildings in the historic district. Members are appointed by the mayor and approved by the Board of Aldermen. One member also serves on the Planning and Zoning Commission.

Park Board: The park board has nine members, appointed by the mayor with approval of the Board of Aldermen. With direction and assistance from the Parks Superintendent, the board oversees operation of the city park system and swimming pool.

Planning & Zoning Commission: This 9-member commission is appointed by the mayor and approved by the Board of Aldermen. The commission deals with matters concerning zone boundaries and the regulations and restrictions set forth in Chapter 420 of the municipal code.

Tourism Commission: Five members are appointed by the mayor with consent of the Board of Aldermen; is responsible for recommending a budget from the 3 percent lodging tax and overseeing expenditure of those funds to promote Hermann tourism.

The City of Hermann owns and operates its own electrical distribution, water/sewer and natural gas systems. Utility offices are located at City Hall.

City water is supplied by four deep wells. Other than chlorine injection there is no treatment of the water, which is regularly tested in accordance with the Clean Drinking Water Act.

Trash collection is handled by a private contractor. For information regarding rates, collection times, and recycling programs, call the city office, 573-486-5400.

Bundled newspapers, flattened cardboard, glass  and plastic may be deposited at the the city recycling center on East 6th Street, just east of Gutenberg.

Grass clippings, yard and garden debris and small branches go to the city compost site on Highway 100 East. Call 573-486-5400 for hours of operation.