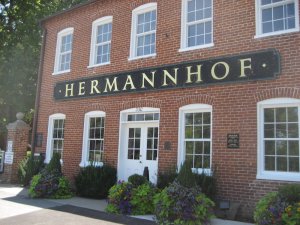 The Hermannhof experience has something for everyone

As popular and well-loved fixtures of historic downtown Hermann, the various Hermannhof, Inc. establishments are an absolute must-see for visitors to Missouri’s Wine Country. From their beautifully-preserved, historic structures to their perfectly-crafted spirits, wine, beer and savory meals, the Hermannhof experience will have visitors to the area returning time and time again.

Though officially opened as Hermannhof within the past 30 years, the Black Shire Distillery, Hermannhof Winery, and Tin Mill Brewery & Steakhouse are all located on properties rich with the area’s history. Each of Hermannhof’s properties dates back to the mid-19th century, and one is even listed on the National Register of Historic Places. The establishments have been carefully updated to maintain their stunning, historic architecture, while ensuring their dedication to the products crafted at each location. 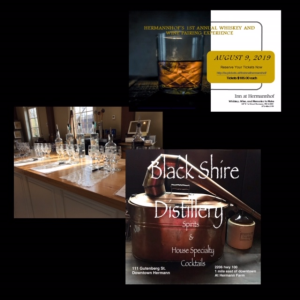 The distillery, tucked into the area’s scenic hills, offers visitors tours of the site and two separate tasting room locations—one on-site among the farm’s rolling hills and the other in the heart of Hermann’s quaint downtown. The Black Shire Distillery’s small batch tastings include several varieties of their smooth, hand-crafted spirits. Some highly-recommended favorites include the Hallelujah White Whiskey, which is light and sippable; Rye Whiskey, a versatile option that can be mixed or sipped; Blackberry Flavored Whiskey, a fun, distinct, and slightly sweet whiskey; Vodka, a smooth and genuine spirit; Gin, a light and refreshing spirit; and Lemon-Lime Gin, which has been crafted with blue juniper berries and the zest of lemons and limes.

The Black Shire Distillery is the perfect stop for those seeking to learn about the craft distillery process and sample several artisan spirits, all while enjoying the stunning views of the Hermann Farm property. 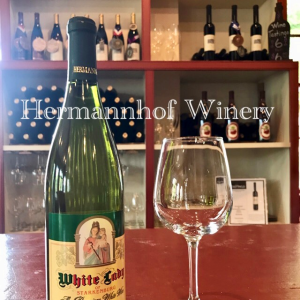 Perhaps one of Hermann’s most well-known fixtures, Hermannhof Winery’s history is nearly as long and as rich as the town’s. The winery, whose construction began in 1848, consists of 10 magnificent stone cellars that date back to some of Missouri’s earliest winemaking. Prior to Prohibition, the Hermann area produced 3 million gallons of wine annually. The effect of Prohibition forced the end of that original winery—many of the area vines were uprooted and much of the equipment was sold to European winemakers. In 1974, the Hermannhof cellars were purchased by the Dierberg family, and reconstruction and renewal began.

Currently, all the Hermannhof Winery stone cellars are used in the annual production of 15,000 cases of wine. The winery’s dedication to the quality of its wine has led it to be the recipient of numerous awards including its position as America’s only two-time winner of the Brown-Forman Trophy for “Best New World White Wine.”

Hermannhof’s owners, Jim and Mary Dierberg, traveled to California to hand-select the site that would become one of Hermannhof’s vineyards in an area known for producing exceptional Pinot Noir and Chardonnay. The Dierberg and Star Lane wines are cultivated especially for those looking to sample wines that can contend with the best California-produced wines.

The grapes used to craft Dierberg wines are cultivated in two different California vineyards—Dierberg Estate Vineyards and Star Lane Vineyards. At the Dierberg Estate Vineyard, vines benefit from the cool breezes and fog rolling in from the Pacific ocean. The family’s Cabernet Sauvignon and Sauvignon Blanc are produced from grapes grown at the Star Lane vineyard, whose distance from the sea generates the warmer temperatures needed for these wines. 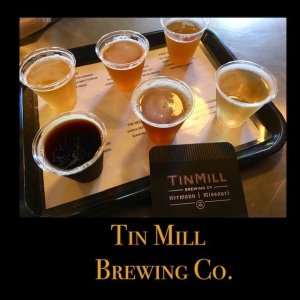 Opened in 2005, Hermannhof’s Tin Mill Brewery has nearly 15 years of experience proudly creating the area’s craft beers. With faithful commitment to the town’s German heritage, all of the Tin Mill beers are brewed in accordance with the German Purity Law of 1516, which still is the code used to govern beer making in Germany to this day.

Each of the beers brewed in the town’s historic grain building is crafted from barley grown and malted in some of the world’s most-renowned barley fields in Germany. Their hops are cultivated in the celebrated Hallertau Region of Germany. Enjoy one of the Tin Mill’s four popular, year-round brews from a comfy Adirondack chair in their Biergarten, or sample one of the twenty seasonal brews they have available on tap!

For those looking for a spectacular dining experience while in Hermann, the Tin Mill Steakhouse Restaurant, located in one of Hermann’s oldest and most-recognizable buildings, offers guests a variety of entrees, sandwiches, salads and desserts. Their juicy steaks, cooked to perfection, are a popular option among visitors to the restaurant. Order a cold one from Tin Mill’s own brewery to wash down a delicious meal you won’t soon forget! 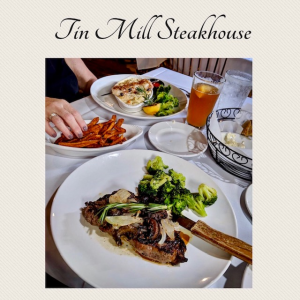 Explore Hermann with the Hermannhof experience

All located in the heart of beautiful, historic Hermann, the Hermannhof, Inc. establishments are a must-see for anyone visiting the area. You’ll be able to taste the quality of each place’s product—from the smooth spirits of Black Shire Distillery and the award-winning wines at Hermannhof Winery and Dierberg Star Lane Vineyards to the thoughtfully-crafted beers and entrees at Tin Mill Brewery and Steakhouse. Hermannhof even includes the Hermannhof Inn and several event spaces, making it a perfect place for weddings, retreats, or any special occasion. Visit the Hermannhof website for events and more information on each of its exceptional establishments. To stay in the know on Hermann happenings, special offers, live music, and more, follow Black Shire Distillery, Hermannhof Winery, Dierberg Star Lane Vineyards, Tin Mill Brewing Company, and Tin Mill Steakhouse Restaurant on Facebook. Visit Hermann and be sure to check out all Hermannhof has to offer—it will not disappoint!