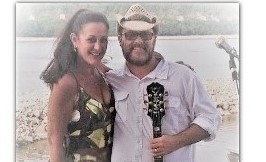 The Catfish Willie Band is an exciting, high-energy Southern Roots & Blues group led by guitar virtuoso front man, Catfish Willie, and backed up by a super-dynamic group of musicians whose music features everything from gentle grooves to “old school” inferno…and every sweet spot in between. Catfish Willie honed his craft to perfection touring nationally and playing on bills with countless musical legends including the Allman Bros. Band, Buddy Guy, Sheryl Crow, ZZ Top, Kenny Wayne Shepherd, The Scorpions, Blues Traveler and many others. The Catfish Willie Band will get people grooving, put smiles on the faces of both young and old and is sure to satisfy the appetite of those who love all the southern rock, roots, and blues classics!