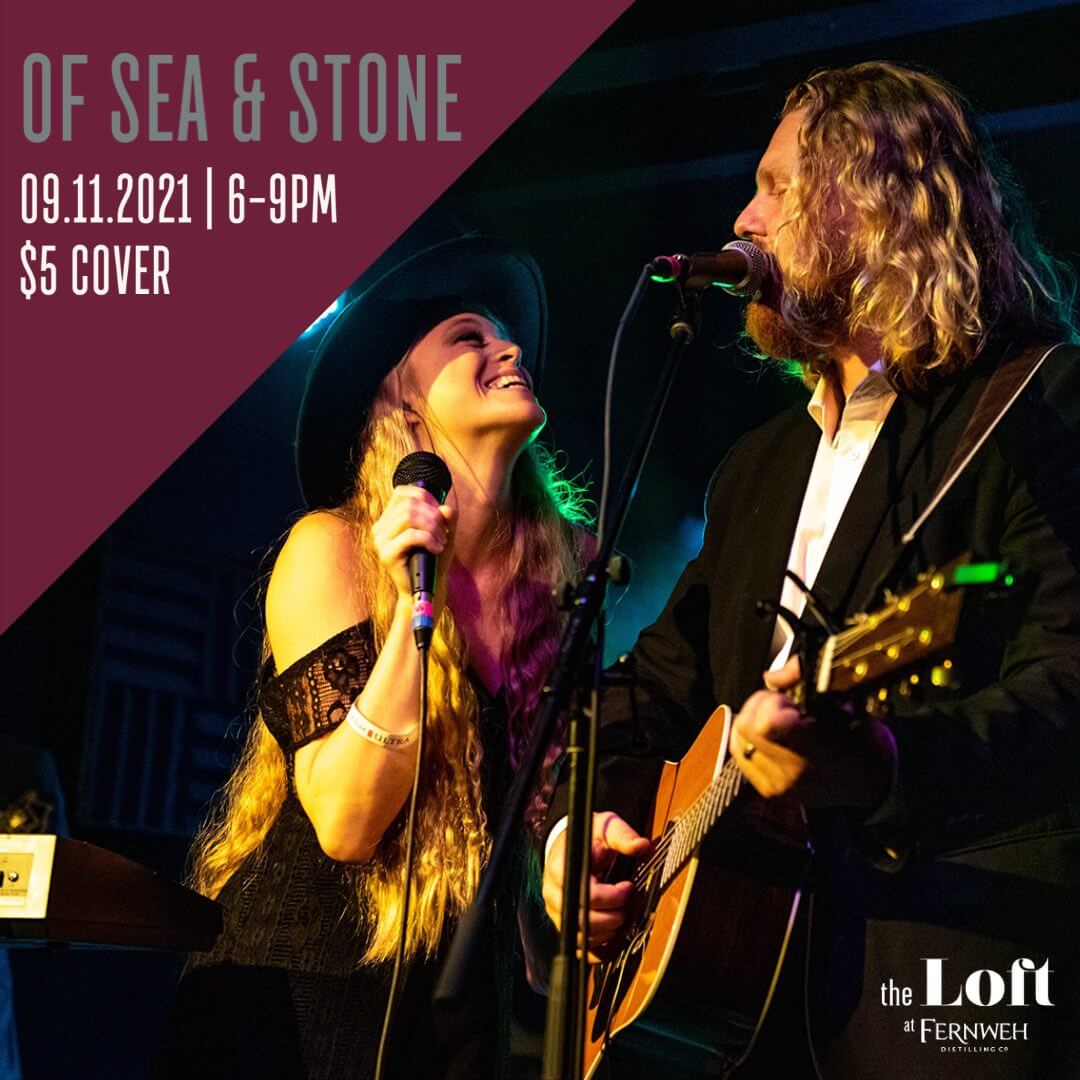 Live in the Loft: Of Sea & Stone

Enjoy LIVE MUSIC from Of Sea & Stone, as well as your Fernweh favorites!

Folk-Americana duo Of Sea and Stone began in January 2014 when Luke Dierker and Morgan Manson matched on Tinder. Immediately exhibiting a rare vocal chemistry, the two began writing and performing across their home state, Missouri. In 2016, the pair got married and began recording their first full-length studio album, self-titled Of Sea and Stone and released in December 2017. Ahead of the release, the duo packed up their home and hit the road with a full time tour schedule. They have shared the stage with several talented artists, including Judah and the Lion, Tyler Hilton, and Hush Kids.

Of Sea and Stone is known for their intimate lyrics, polished vocal harmonies, and captivating live show. Their 2019 single I Love You, Goodbye, and its accompanying music video, premiered on Nashville’s The Boot and is a sterling example of this couple’s heartbreaking vocals and haunting lyrical exchange. Their recent single Ordinary Things is the first release in a series of singles that share the story of a couple, the beauties of life and the pitfalls of their young relationship growing old. “There’s an atmospheric energy, a fiddle, and a quality lead vocal in the opening of this song… and once the vocal harmony enters the track, you’ll stop dead in your tracks” says Greg Jones of Ear To The Ground Music. Of Sea and Stone never fails to transport you, making you feel their pain, joy, grief, and endless love throughout every performance.